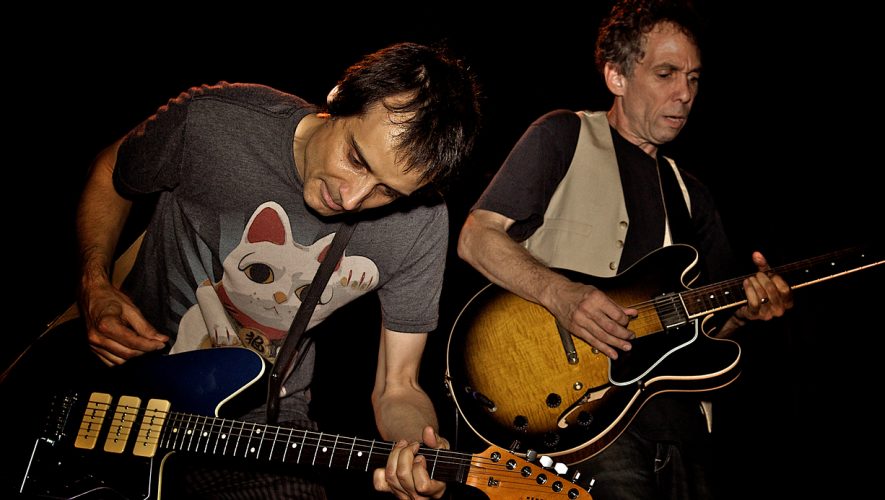 7 Door Sedan is hook-driven rock and roll with a dash of glam and punk attitude. Harmony and tight guitar interplay bring out the best in songs that have been compared to T-Rex, Television and Big Star.

7 Door Sedan front man Glenn Kowalski was a primary member of White Boy, one of Washington DC’s earliest punk bands. White Boy’s first release, “I Could Puke” was called “America’s fastest selling new wave disc” by New Musical Express. White Boy continued with several successful releases including “I Hate,” released on the compilation “30 Seconds Over DC” on Limp, and re-released by Henry Rollins on his own label.

In 2008, Glenn released the album “Killer Good” as 7 Door Sedan. He wrote, recorded, performed and produced everything himself. Then after a 20+ year hiatus from the stage, he recruited veteran DC area musicians to go live and further develop the band. The lineup: Glenn on guitar and vocals, Ken Moss (Acrilix) on guitar and vocals, Josh Singer (Vampyre Bunnies) on bass, and Norman van der Sluys (Madhouse) on drums. 7 Door Sedan’s second album, “Gotta Gotta Gotta” features the full live band.

Glenn was nominated modern rock instrumentalist of the year by the Washington Area Music Association for both 2008 and 2009.

Copy and paste this code to your site to embed.